What is a Character Template and Why should I use one?

Wondering what a character template is and what purpose it serves? Always wanted to create one from scratch but never could quite figure out how to? Want richer characters with real motivations to pull in your readers? Come in and find out how to create spellbinding characters!
Read More

In today’s compilation, we’ll be traveling across the globe and visiting the many restaurants, pubs and cafes that take inspiration from the rich legacy of authors and the field of

If you’re like me and you get completely sucked into watching TikToks, then you will love this list of fun creators in the “BookTok” community. These creators use their accounts 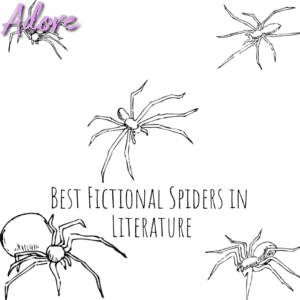 Are you the type to freak out when you spot a spider sharing the bathroom with you? Wait till you read what some spiders in literature can get up too. 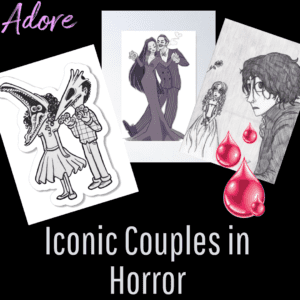 There are couples who will forever remain rooted in our memories, for their hot chemistry, affinity, and their strong bond. In today’s compilation, we’ll be looking at the best couples 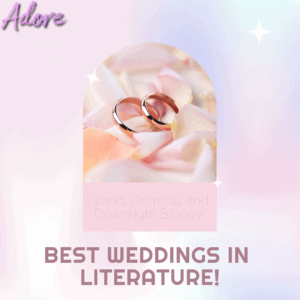 Weddings are one of our favorite things in literature for many reasons, one being their versatility! They have the ability to be grand, bittersweet, comically horrendous, and even over the 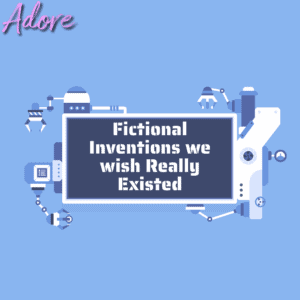 Have you ever wished for a particular fictional gadget to exist in real life? Well, we at Adore have so many on our list that would make life so much 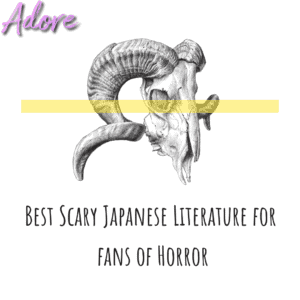 Konnichiwa! We hope you enjoy Adore’s compilation of the best in Japanese literature. Caution: This isn’t for the faint of heart! 1. The Summer of the Ubume by Natsuhiko Kyogoku

Do you have a friend who's super into reading? Someone who sits in the library, or idles in a bookstore staring wistfully at paperbacks and hardcovers alike? Any gift from this list is sure to be a hit with them!
Read More 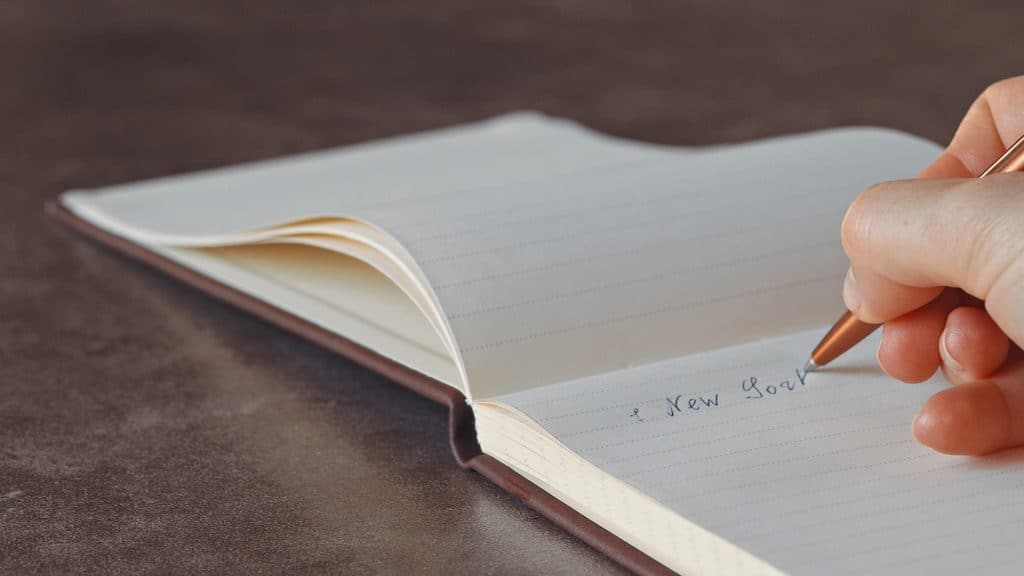 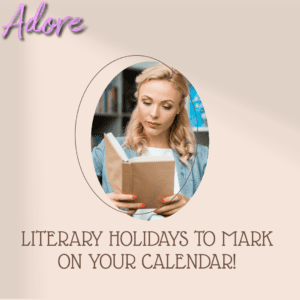 Literary Holidays to Mark on your Calendar!

Who doesn’t love a good holiday? Here are some of the best literary holidays that you need to mark on your calendar if you’re a fellow book lover! 1. Teen Read Week – October 9-15th  Teen Read Week is a national adolescent literacy initiative that was established in 1998 with the purpose of encouraging teens to become regular readers and library users. It can be spent reading your favourite YA/dystopian novels. 2. Burns Supper – January 25th A holiday that is celebrated throughout the United Kingdom, and especially Scotland, this celebration (named for the nation’s premier poet—Robert Burns, and also 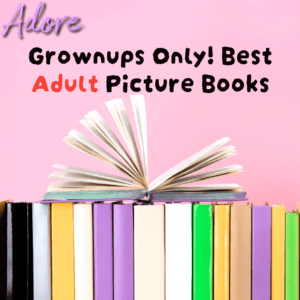 Hold up! Let’s see some ID first! This compilation is strictly for the grownups as it features some not so kid friendly content such as picture books about morbid deaths and hairy genitals. Don’t say we didn’t warn you… 1. Brenda’s Beaver needs a Barber by Bimisi Tajanita This book is part of the Reach Around series that features other fun and not so kid friendly titles ranging from Put Tony’s Nuts in your Mouth and Come Swing with Us (just to name a few). Full of juvenile humour and double entendres, this one is best kept out of bounds 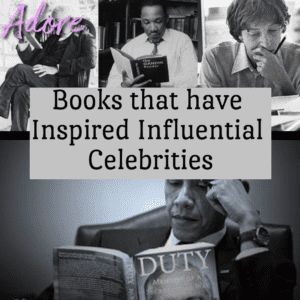 Books that have Inspired Influential Celebrities

As that saying goes- “You are what you read”. And we swear by it too. Books aren’t just great gifts, but also inspire many on their own journey through life. Here are just some of the amazing books that influential folk such as actors, businessmen, poets, etc swear by! 1. Joyce Carol Oates was inspired by Lewis Carroll’s Alice in Wonderland At age 8, Oates memorized the whole of Lewis Carroll’s most famous fantasy work and later used it as the basis of her own works, one of which was even titled as ‘Wonderland’ as an homage to the same. 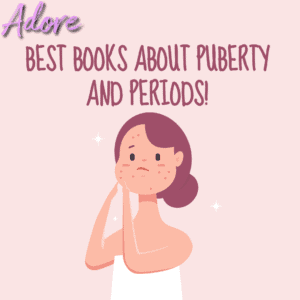 The Best Books about Puberty and Periods!

Periods can be a bitch for those young and old alike. Whether you’re going through puberty yourself, or simply trying to explain the woes of femininity to a child or loved one, we believe this list will be useful to you! This list of books can help educate women of all ages on the beauty of puberty. Feel empowered through knowing what’s going on with your body, and gain some confidence in learning that the changes you experience are normal and make you the beautiful and strong women you are! 1. Period Power: Manifesto for the Menstrual Movement by Nadya 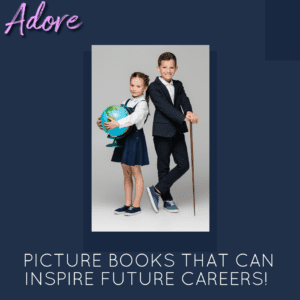 While adults have linked in and indeed to help start or further their careers, kids can get inspired and prepared for their future with the help of these fun and inquisitive picture books! Now when you ask your kids what they want to be when they grow up, their answers will be limitless. And remember, it’s never too early or too late to figure out what you love and to do and go for it! 1. Belinda Baloney Changes Her Mind by Becca Carnahan Young Belinda can’t make up her mind about what she’ll be when she grows up. Her 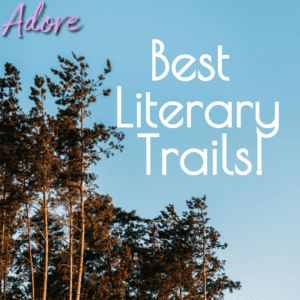 Some locales are so scenic and memorable that authors can’t help but base their entire novel/poem or parts of it in the same way to pay homage and keep the sweet memories of such iconic locations alive via literature. Such is the power of writing and furthermore, of places that spark inspiration! It could be a monument or a natural spring or brook, and in case of Gothic literature, ruins and bleak moors. Some of these locations are even open to visitors who can embark on a guided tour of the same and walk the same path that countless authors 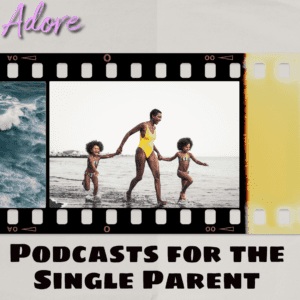 Podcasts for the Single Parent

Whether you’re a single parent trying to become a better caretaker for your child, or a single parent trying to get back in the dating game, we’ve got you covered here at Adore. This list of podcasts for the single parent are sure to give you guidance and support on your journey! 1. Dad to Dad podcast In this podcast, dads guide other dads on raising a kid with special needs, exchanging tips and interviewing experienced and amazing fathers of equally amazing children with special needs. 2. Still I Rise! The host of this podcast is a single mom of 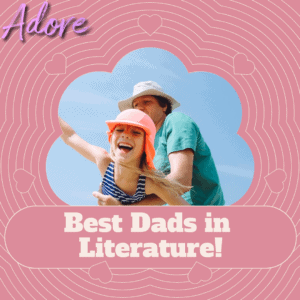 In this compilation, we look at some of the best dads in literature. Some of whom we might wish could’ve been our dads in real life… 1. Mr. Bennet in Pride and Prejudice The generous Mr. Bennett never questions his daughters for their clothing choices or judges them for their conversational skills, but rather wishes only for their happiness and for them to live life comfortably. When it comes to suitors, he also encourages them to follow their heart and decide for themselves and also advises them to be their true selves  when presenting themselves to potential suitors. 2. Atticus 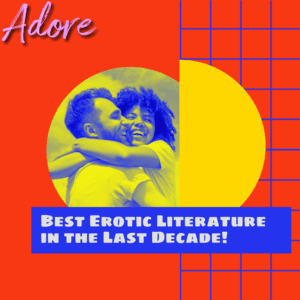 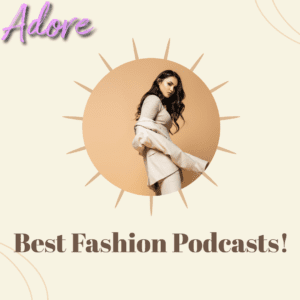 Today’s compilation features a treat for fashionistas, fashion icons, and fashion designers alike! If you love learning about fashion, these podcasts are for you! 1. Blamo! Founder Jeremy Kirkland interviews guests about their career and journey in the fashion industry while also exploring men’s style and the future of fashion. 2. Fashion Grunge Podcast This podcast is a nostalgic window into the 90s underground music scene and the juxtaposition between the visuals of your favourite nineties music videos and the fashion of the time. 3. A Fashion Moment Kirsten Holtz Naim embarks on a journey to strip away the glitz

Fill out the form below and get an exclusive invite to the hottest new interactive story game before it’s released!

Free Stories in your Inbox

Join our community of romantics and get a free bonus short story!